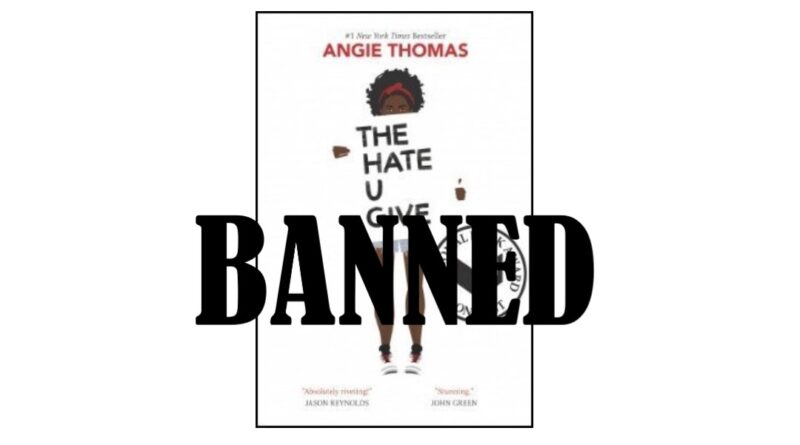 Since the first banning of a piece of literature was recorded in 1624 (New English Canaan by English businessman Thomas Morton), books–the primary way in which individuals educate themselves– have been under a colossal threat.

The urge of society to censor information has been present prior to the founding of the United States of America. Recently, however, there has been a surge in the attempts to forbid specific types of books from schools or libraries.

The American Library Association for Intellectual Freedom reported roughly 1,651 attempts to restrict access to books solely in 2022. In 2021, they reported 1,597 books targeted; books like Gender Queer by Maria Kobabe, Lawn Boy by Jonathan Evison, and All Boys Aren’t Blue by George M. Johnson have been banned and challenged because of “sexual explicitness and profanity.” The Hate U Give by Angi Thomas was banned because of supposed “indoctrination of a social agenda” derived from “anti-police messages.”

The yearning to ban books with racial and LGBTQ+ themes continues to escalate and has disturbed many people. In an effort to retaliate, Judith Krug, a prominent First Amendment, and library activist contacted the Association of American Publishers in 1982 with the objective of bringing banned books to the attention of the American public. Thus, rallying teachers, authors, publishers, librarians, and readers, an event called Banned Books Week has transpired from September 18th to 24th, which is ironically this week!

Since last Sunday, the entire book company has been united. Public events where banned books are read aloud have transpired, ultimately elucidating the right for individuals to express their views.

LeVar Burton, an American actor, director, and television host, renders that “We have this aversion in this country to knowing about our past and anything unpleasant we don’t want to deal with. This is not going away. Nothing goes away, especially if you ignore it. So read the books they’re banning. That’s where the good stuff is. If they don’t want you to read it, there’s a reason why.”