Born and raised in Chicago, Herbie Hancock was considered a child prodigy from the age of 11, when he performed Mozart at a young people’s concert in 1952 with the Chicago Symphony Orchestra. With his 1962 album Takin’ Off, Hancock caught the attention of the legendary Miles Davis, who was looking for members of his new band. During the later years of his tenure with Davis, Hancock began to experiment with electric keyboards and alternative instruments  which he would use for the rest of his career.

With the release of Headhunters in 1973, Hancock used then-modern disco and his previous background in jazz to forge a collection of songs that is not only groovy, but harmonically complex. Around this time, he began writing scores for movies such as Death Wish, and won an Oscar for Round Midnight. Hancock knew he wanted to experiment with as many genres as possible, employing the use of some unconventional instruments (i.e. electric piano, clavinet, and synthesizer). With his lust for taking risks, he recorded the instant hip-hop hit “Rockit”, an immediate MTV sensation. It was, in fact, the first mainstream track to ever feature scratching and paved the way for rap through the late ‘90s and into the 2000s. His 1998 album, Gershwin’s World, was a tribute to the early 20th century composer, George Gershwin. But Hancock made sure that the fundamental jazz concepts innovated by the composer were revamped with blues and other more modern genres, bringing jazz into the 21st century. 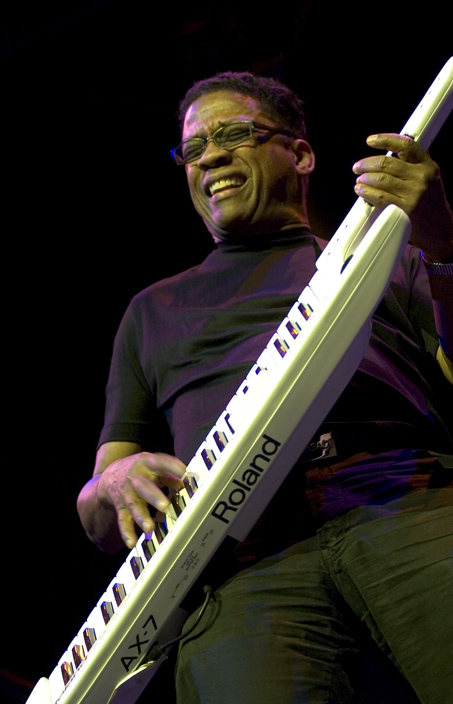 In 2007, his jazz collaborative album, The Joni Letters, won Hancock the Grammy for best album, the first to win since 1965. Since then, he’s become the chair of the Herbie Hancock institute and has received several honorary degrees from various universities for his invaluable contributions to music. Throughout his career, Herbie Hancock has been able to take more complex elements of early jazz and fuse them with simplistic, but more popular genres of pop and rock. Out of his creative genius has come a new, separate era of artistic expression and pop music as we know it.