Debussy’s youth was troublesome, and he faced great turbulence when he was unexpectedly taken in by a Russian millionairess Nadezhda von Meck. This move was a complete transformation for Debussy, who lived with his parents in a poverty-stricken neighborhood in Paris. 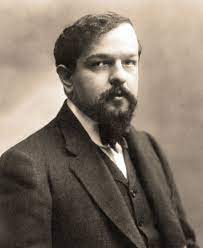 Debussy’s prowess as a pianist was clear even as early as age nine. Under the care of Von Meck, Debussy played duets with her and her kids, traveled to residences throughout Europe during his summers. Aided by Madame mauté de Fleurville, who was also associated with Chopin, Debussy entered the Paris Conservatory where he studied both piano and composition.

It was in Paris that Debussy also fell in love with Blanche Vasnier, the young wife of an architect, who became the inspiration for Debussy’s early work. The prime example of Debussy’s feelings during this time is Clair de Lune (1890), the title a reference to a folk song that was the accompaniment to many lovesick scenes in the French pantomime.

As part of receiving the prestigious award Grand Prix de Rome, Debussy lived for three years at Villa Medici in Rome where he was supposed to pursue his work. Yet Debussy and many others who spent time there found the environment unsettling, and Debussy would leave a year early to return to Paris – and pursue several romantic affairs, including marrying Rosalie Texier.

Debussy was largely influenced by Richard Wagner and Russian composer Aleksandr Borodin – Wagner fulfilled the sensuous ambitions of composers and the same feeling of Impressionist painters. In his spirit Debussy wrote the symphonic poem (a piece of music which evokes the feeling of a poem) Prelude a l’apres-midi d’un faune in 1894. Debussy was committed to trailblazing, he firmly believed that exploration was the essence of music, and he was anxious to gather experience from every imaginative region of the mind. In his seascape La Mer (1905), Debussy drew inspiration from Monet.

Debussy’s illegitimate daughter, Claude-Emma, was born in 1905. He had divorced Texier the year before and proceeded to marry Claude-Emma’s mother. Seeking refuge from the scandal he created, Debussy spent time on the south coast of Eastbourne, where he created work for his daughter, including piano suite Children’s Corner (1908). Debussy perfectly captured the nature of childhood in these pieces, highlighting his ability to observe and reflect his observations in his music. 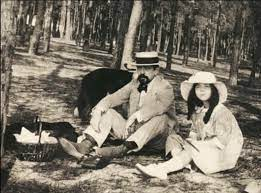 Claude Debussy was a prolific composer and pianist, and his variety of work made him one of the most influential musicians of the late nineteenth and early twentieth centuries. Debussy’s work combined modernism with great feeling and sensuality, often so beautifully that it was hard to distinguish the underlying complexity of techniques he implored. Debussy is considered the founder of musical impressionism, and his combination of technique with emotion was and still is a guiding force in composition. Debussy’s willingness to explore and innovate also led to his adoption of non-traditional scales and tonal structures, which has continued to influence music today.